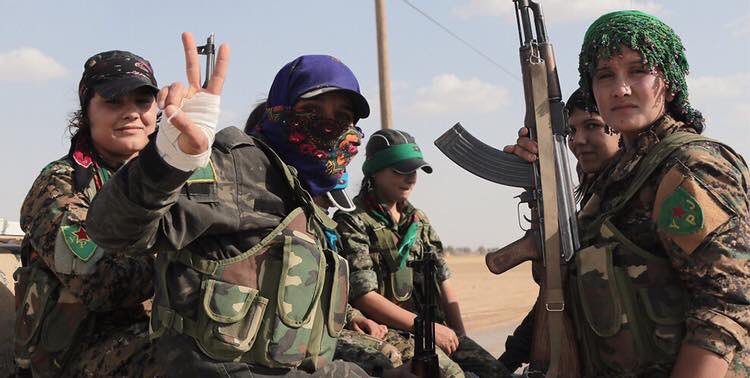 Feminism is more than wage-gap discourse, or the victor/victim dichotomy.

The current capitalist system of the world is imperial, colonial, and drenched in patriarchal norms. Tracing back to the industrial revolution and the Enlightenment era, the mass imperialization of the Global South has served to oppress indigenous women for centuries. Now, neoliberal actors in US/European foreign, climate, and military policy have replaced the kingdoms which sought to steal from indigenous people. Where once we saw the Enlightenment thinkers advocating for the subjugation of the African and South American continents, we now see a self-serving “helpful hand” from the Global North, subtly continuing the systematically oppressive work of their predecessors. Indigenous women all over the world have been fighting back, reclaiming their bodies and their land, and protecting their futures from neoliberal policies that seek to hush them up.

Today, I want to highlight two women-led movements to whom I never see enough attention given: the Rojava women of Syria, and the Zapatista Women of Chiapas, Mexico.

The Rojava make up one of the biggest feminist movements in the world, if not the biggest. This resistance consists of multiethnic, cross-generational people who are located in Syria. They have been working at securing their indigenous lands and resisting the fascist efforts of the Assad regime– and they put feminist values at the forefront of their mission. This is not the typical picture that we think of when we think of the Kurds. Rojava women are active in the insurgency, armed and ready to defend their lands. They have worked to outlaw “traditional” norms for women, enacting a ban on child marriage and oppressive gender norms. In a land torn up by imperial forces and years of civil war, Rojava women are fighting literal terrorists for the right to self-determination.

The Zapatista women, who were active members in the 1994 uprising of the Zapatista movement, are an incredible Feminist model for self-determination and egalitarianism. Zapatista women have incredible stories of overcoming their patriarchal oppressors. Present at the table when the Zapatista negotiated a poorly with the Mexican military (which the Mexican government then failed to implement), Zapatista women ensure that their voices are heard throughout the ranks, in Zapatista policies, and within their communities. They turned the patriarchal, imperialist forces on their head through insurgency and activism. They drove out the Mexican military several times out of their villages, served to protect indigenous women across Zapatista strongholds, and actively voiced their resistance against neoliberal policies.

When it comes to intersectional feminist movements, we often get lost in the crowd of Twitter bots and random internet battles. While the wage-gap and feminist leaders in the US government are important, we need to pay attention to women insurgents around the world. When feminists are faced with life and death, they choose to fight for their lives. And this happens so much more often than we want to believe. This isn’t a discourse on the victim/victor dichotomy, but rather just to say that this movement is about a fight. We fight for freedom. We fight for solidarity. We fight to heal from generations of trauma done by Capitalist interests. And we shouldn’t forget our sisters who are knee-deep in the work, armed, ready to fight to the death for what they know is right: egalitarian, women-led societies that are safe, meaningful, and democratically governed.

Tweet
Previous ArticleYou Know Her Story, Now It’s Time To Know Her NameNext ArticleHow Hard Can It Be For Power Couples?