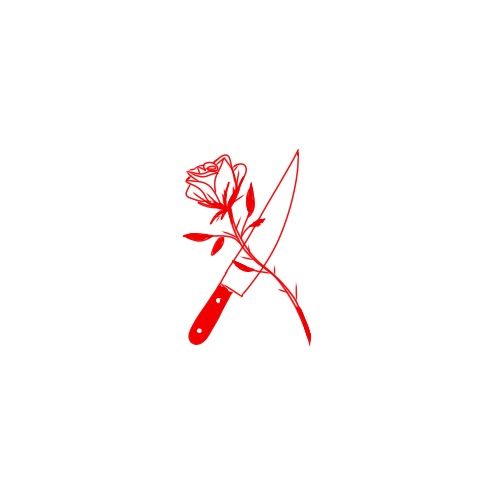 Honor killings are a “tradition” that should have been eradicated a long time ago, but sadly, it is very rampant amongst our societies, especially the brown Muslim society.
“An honor killing is the homicide of a member of a family or social group by other members, due to the belief that the victim has brought dishonor upon the family or community. The death of the victim is viewed as a way to restore the reputation and honor of the family.”

Recently, I found Deeyah Khan’s documentary on Banaz Mahmood, who was killed by her male family members for divorcing the husband they chose for her, and for falling in love with someone else. Prior to this, I had very little knowledge on honor killings. In fact, I thought it was something that must be so rare and probably only happened in the rural parts of India, Pakistan, Afghanistan and so on but after watching the documentary, it shook me to my core that it still happens, it still happens amongst us. That men of our generation, that people of our community still believe in such a brutal act. Therefore, I did more research and the more I found, the more my heart broke. I was angry, I was sad, I was furious. But I also found two more stories alongside Banaz’s that I will now try my best to tell you about.

Banaz Mahmood (1986-2006) was a Kurdish-British girl. Her family had married her off when she was 17 to a man 10 years older than her. He raped her consistently and if she said no, he physically would abuse her so badly that her ears would bleed. She went back to her family for help but they made her go back and told her to just be a better wife. She went to the police and made a complain but it was never followed up. However, Banaz eventually did divorce the man and found someone else of her liking during that period but her family kept her in confinement, forbade her to see her lover. Banaz finding someone else angered her family, especially her father and uncle, who saw it as a mark of dishonor as she disrespected their decision and they made it their mission to kill her. She complained five times against her family and her ex husband, claiming they were after her, following her but each time, no follow up was made. She even wrote a letter to the police, stating that if anything happened to her, they should investigate her father.

On 24th January, three men from the community came into the house and killed her. They gang-raped her, strangled her to death, beat her then stuffed her body into a luggage bag and dumped it in Birmingham. She was murdered in the name of honor. Her family did nothing, said nothing. And no one, no one realized that she had gone missing until three months later, when Detective Chief Inspector Caroline Goode led the investigation and recovered her body and the killers. But her killers, including her father and uncle, showed no remorse in what they had done- they felt like she deserved it. They believed that she deserved to die. To restore their honor to their name. Murder. Cold blood murder.

They murder hered, brutally. Just for wanting to be free, to live her own live, to get away from a man who abused her sexually and physically and for falling for a man who she actually liked. And the police, they did nothing. She went to them, five times, and yet, nothing. They could’ve done something, she could still be alive today. But because of this crazy concept called ‘honor.’ she has left us.

The next is Qandeel Baloch (1990-2016) whose brother had strangled her to death one night because his friends kept taunting him about how his sister was bringing dishonor to him, to the family name. Qandeel, also known as Fouzia Azeem was a Pakistani model known for being very open-minded in a very conservative society. She posted a lot of ‘controversial’ pictures and videos of herself. Using her fame, she spoke about the women’s position in the Pakistani society. Qandeel was the sole provider for her entire family. She had six brothers and six sisters who she took care of with her earnings, as well as her parents. She looked after them, kept in regular contact with them. They too were outraged and distraught when they found out that their son had killed her, in the name of honor. All because his friends ‘teased’ him that what she was doing was going against the society, the culture, the religion and he, as her brother, shouldn’t allow it. So on the 15th of July 2016, he strangled her to death. And once again, he felt no remorse for what he had done. And another life, a vibrant beautiful one, lost to something called ‘honor’.

My last example is an honor killing of a couple that ran away and got married against their communities ruling. They are known as Manoj-Babli, and their killing was ordered by a khap panchayat (community organization representing a clan or a group of related clans) as in their community marrying from the same clan or community is considered incest.

Manoj and Babli had fallen in love and eloped. However, Babli’s family was furious about it and asked the local khap panchayat to intervene; therefore he annulled the marriage and announced a social boycott onto Manoj’s family- if anyone kept relations with them, the person would be fined an amount. Manoj’s family, especially his mother, defended the relationship, whereas the murder and kidnapping was carried out Babli’s male relatives- her grandfather, uncles, two male cousins and brother. In June 2007, they kidnap the couple who were on the bus on the way to Delhi but a road contractor witnessed the kidnapping.
However, the couple was then beaten- Babli was forced to drink pesticide by her own brother while Manoj was being strangled in front of her by her other relatives. Once they both died, their bodies were wrapped in sacks and thrown into the Barwala Link Canal but only nine days later, on June 23rd, their bodies, mutilated with hands and feet bounded, were fished out of the canal by Kheri Chowk Police. The police had preserved Manoj’s shirt and Babli’s anklet and performed the cremation, and on July 21st, the families identified them, and the accused were arrested. On 29 March 2010, Karnal District court found the accused, including Babli’s brother, cousins, paternal uncle and maternal uncle guilty of murder, kidnapping, conspiracy, and destroying evidence under respective sections in the IPC and five of the accused were given death sentences.

Two lives lost to a rule made up by men who think or feel they are superior- a death sentence just for falling in love.

These three examples that I have given are probably just three out of the many many honor killings that happen so quietly without anyone knowing. How many of our girls have died in the hands of their uncles, fathers, brothers maybe even mothers in the name of honor? How many of our girls have disappeared, only to have been killed mercilessly by the ones she called ‘family’?
How many more are we willing to lose? How many of our women are stuck in abusive marriages just to upkeep ‘honor’ or face death? How many of our women live in fear of their own because even the tiniest mistake could get them killed? How many of our women have run away, living hiding in fear because they have their families hunting them down? Where is the outrage from our community about this? Where is the protection for our women who need it, who require it? Who can our women turn too when their families want to murder them? Us? The community? All these questions but no answers, just silence.

We should be ashamed. We should be so ashamed that we have allowed such an act to live amongst us. None of the men or most of them who carry the murder out feel guilty. None. Because they felt it was right. That is how deeply rooted this issue is. Where our men feel it is their right to kill their own women. We’ve allowed this. We’ve stayed quiet for so long that it has given our men a sense of power over our lives, as their women. We, as a community, have failed. We have failed to keep our girls, our women safe.
Where is the honor in taking a life just to restore a concept that does not even exist? Where? Honor is a concept created by men to keep their women chained to the house, to the community and to them. It is a concept made to make sure a women keeps herself ‘pure’, remains submissive and lives according to the rules the men around her create. Our society’s obsession with honor has to end. It is a sick, twisted and vile obsession that leads to death of our girls and women. It needs to be spoken about at home, in the mosques, in the churches, in the temples. This act is not some Godly act that is required by any religion.
We could be living amongst families who believe in killing their own, especially daughters, and that’s what frightens me. That we have men, families, who believe in this through generations. That if their daughter so as much steps even an inch out of line or is free or makes her own choices or falls in love or escapes dark situations, it is death.

As a community, we need to come together and dismantle this crime. Abolish it, make it known that it is not acceptable, will never be. We have failed our women, our girls. We failed Banaz, we failed Qandeel, we failed Manoj and Babli… just imagine how many more we have failed… and that alone should drive you to want to join in the fight against ‘honor’ killings. Educate the people around you about it, speak up about it, ask questions about it.
Don’t let it become something that lives, breathes amongst us, quietly killing our women while we all turn a blind eye with mouths shut because there is no honor in killing. None. None at all. And if you believe there is then you are part of the problem and there’s as much blood on your hands as there is on the people who carry out this murder.

Lastly, I would like to end this article by saying…
To Banaz, to Qandeel, to Manoj and Babli, to all the girls and women we have lost to honor killings… We failed you. We failed you, and I am so sorry. I am so sorry that your happiness was snatched away from you, so cruelly. That you being free, trying to break free, made them so angry they took you. That you falling in love, letting your heart free, made them so angry that they punished you. That you fighting back, standing up for what you believe, made them so angry they made you disappear. They were monsters that we created, this community created and I am so sorry we did nothing, we said nothing. We let all of you down. I am so sorry that your life, love and peace was grabbed away from you so mercilessly. But I hope that wherever you are, wherever your souls are now, there is freedom, there is peace, there is light and there is love. Forever.

Who Are Gogo and Honey Lemon?