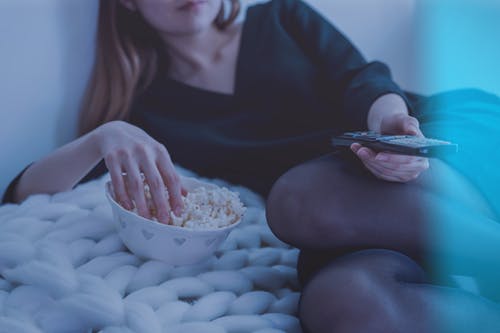 March is Women’s History Month. So, it’s only fitting to celebrate what women are accomplishing around the world, day by day. Although progress still needs to be made for women in the workplace, certain areas that hindered women are shifting, changing, completely transforming every year. Hey, media, I’m looking at you! Well, a certain portion of you anyway.

Women have to handle stereotypes on a daily basis. Gender stereotypes are ever present in our lives. From personality traits, to domestic behaviors, to occupations. When you proclaim you’re a feminist, more stereotypes are tacked on. We have the classic stereotypes such as we hate men, we’re bra burners, we’re all lesbians, and we’re angry ALL. THE. TIME. As the feminist movement progressed, more stereotypes arose, our political beliefs are all the same, we’re obnoxious and opinionated, and of course, we think chivalry is equivalent to sexism. The stereotypes stick with us, like gum on the bottom of a shoe. Sadly, stereotypes followed us to media. More specifically, television. How were women represented in the media?

Stereotypes for women in television were split into categories based on race; black women, Latina women, and Asian women. Scholars such as bell hooks completed extensive research on the subject. The television portrayal of black women caused people to view them as oversexed jezebels, matriarchs, or mammies. Latina women were portrayed as exotic, as “others” who were nothing but sexualized. Asian women were passive, silent, solely existing for men. However, this is past tense. Why? Because women stereotypes in television are constantly being destroyed by women creators, producers, and writers! Go women, go!

First, let’s take a quick trip to Shondaland. Shonda Rhimes is a television producer best known for her television medical drama Grey’s Anatomy. Shonda has destroyed the stereotypes of black women in television with her characters Miranda Bailey (Chandra Wilson), Maggie Pierce (Kelly McCreary), and Catherine Avery (Debbie Allen). These women are strong, in every sense of the word. They each have their struggles, but they fight those struggles and rise eloquently. They are intelligent beyond belief. They are independent. They are superwomen in their own right. Gone are the stereotypes that were prearranged for them. There are no more jezebels, matriarchs, or mammies. They’ve been destroyed. They’re replaced by, quite simple, strong female characters.

Next, let’s take a trip to a fire station for Stacy McKee and her television show Station 19. This can technically be considered Shondaland, because Shonda is one of the executive producers. This show introduced a Latina female lead, Andy Herrera (Jaina Lee Ortiz). Stacy, Shonda, and the other producers destroyed the exotic, sexualized, “other” Latina stereotype with their creation of Andy. Andy is a confident, incredibly strong, intelligent, independent, badass firefighter. She is not exotic. She is not sexualized. She is not an other. Oh, and by the way, she’s one of my heroes!

Lastly, let’s take a trip to Orlando, Florida. It’s time to visit Nahnatchka Khan, the creator of the sitcom Fresh Off the Boat. Nahnatchka destroyed the stereotype of Asian women in television shows. We no longer see the passive, silent, “lotus blossoms” of the past. Nahnatchka’s main character Jessica Huang (Constance Wu) does not adhere to the Asian stereotype, although she treasures her Chinese culture. This is clear when looking at Jessica’s personality. She is definitely not passive or silent. In fact, she is very opinionated, slightly bossy, and argumentative. Jessica stands up for what she believes in. The stereotypes are not for her!

So, all in all, we can (and should!) celebrate Shonda Rhimes, Stacy McKee, and Nahnatchka Khan for destroying the stereotypes of black women, Latina women, and Asian women in television. Because of these women, television is beginning to change. Thank you, Shonda, Stacy, and Nahnatchka!