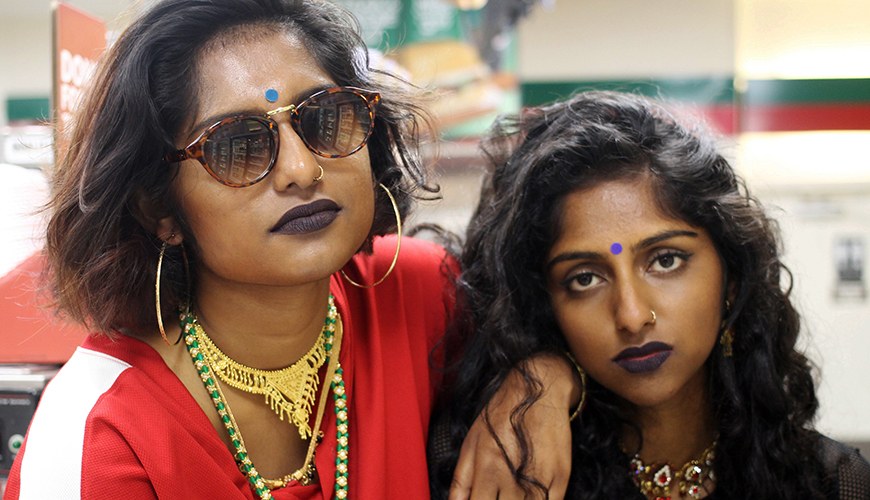 People who are not white or of European origin are usually placed in the category of ‘People of Color,’ a term used to encompass all those who may have common or similar experiences of systemic racism. However, despite this, prejudice still exists between POC groups, and this is often directly linked to cultural bias and light-skin privilege.

The issue of colorism is prevalent throughout the Asian community, yet is not discussed as much as it should be nor do we realize how truly damaging it can be to young women especially. Asian media is subject to white-washing, the favoring of light-skinned models and actresses, as well as the manipulation of skin tones in magazines and on posters to create a ‘whiter’ complexion. We see many examples of these daily in Asian advertising and media: companies such as ‘Fair and Lovely’ promoting skin bleaching products on the television and billboards, the extreme underrepresentation of dark-skinned Asians in media and the photo-shopping of models’ images to make them appear lighter. All of these stem from a deep-rooted cultural idea that ‘fair skin’ is more attractive and desirable, and the lighter your skin, the better.

In the South Asian community, many people uphold this belief which can be very damaging to the community, especially the impressionable youth. It can directly result in self-esteem and body image issues as it sets a standard which is unreachable for most people and affects women especially. By teaching young girls that our natural dark skin is undesirable, we are not teaching them to love themselves but instead instilling into them a harmful idea that they are not good enough, and teaching them to be self-conscious about their appearance.

Aside from this, it has also opened up a door for underrepresentation. In Bollywood, the vast majority of actors playing lead roles are light skinned and it is not an uncommon occurrence to see groups of white people hired for roles which could instead be given to the misrepresented dark-skinned community in South Asia to showcase their beauty and talents. Quite recently, Vogue India caused controversy after Kendall Jenner modeled for its 10th Anniversary Edition front cover. Rather than celebrating Indian celebrities, the limelight was once again taken by a light-skinned woman, reflecting and further enforcing the white beauty standards in Indian culture. More needs to be done to represent people with dark skin in the Asian community as well as appreciate them as without representation, they will continue to feel excluded and alienated.

Not only is the idea of light skin being better dangerous to members of the Asian community, it consequently perpetuates anti-blackness, feeding into the very system of racism which we are subject to and which we as people of color we should be fighting against, not perpetuating ourselves, and harming groups of our own community. It is important that the Asian community recognizes the dangers of the colorism mind-set and tries to condemn and eradicate the toxic idea from our culture. As a group ourselves subject to racist stereotypes and ideals, we should know better than to allow such harmful ideas to exist and damage the black community. By favoring light skin we are feeding into racism against black women, making us no better than the oppressors. Rather than standing alongside the black community, the idea puts a line between us, creating further divide rather than the unity and solidarity of POC which we should all be aiming for.

I urge the Asian community to speak up about the issue of colorism and anti-blackness in our communities, and take a stand against it. Let’s teach young girls that they are beautiful and worthy regardless of the color of their skin, and lets stand alongside our sisters of color to end damaging racist ideals once and for all.

5 Reasons Why You SHOULD Date Indian Girls 14890

Colorism And Anti-Blackness In The Asian Community 11323