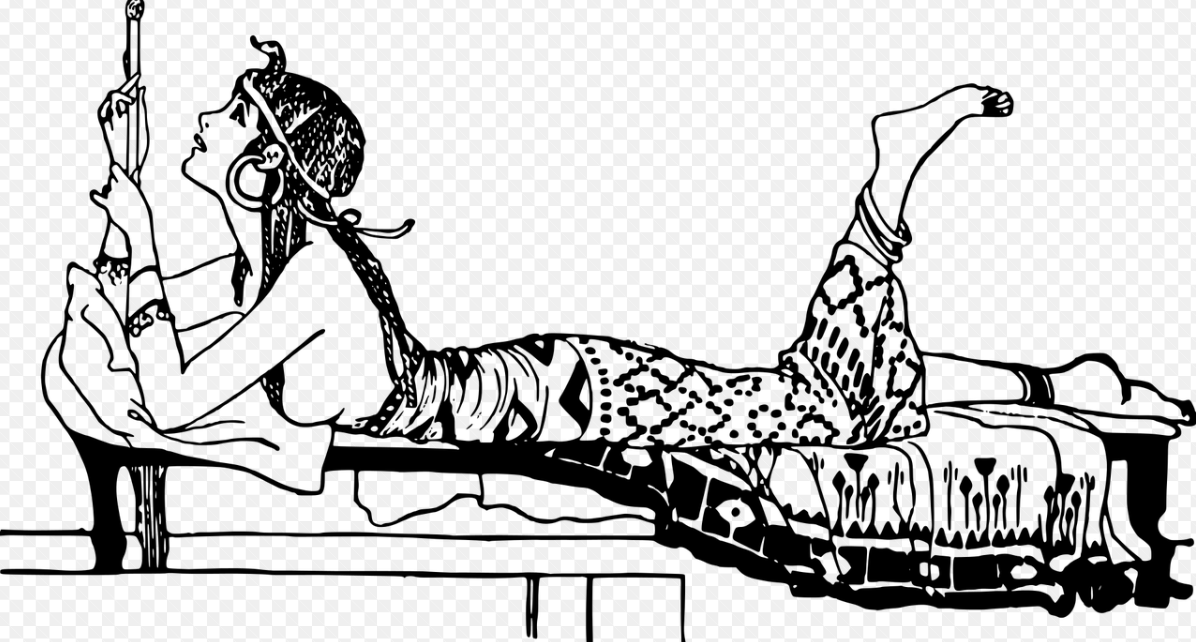 What do you think of when you hear the name, Cleopatra? For me, an image of deserts and pyramids and Brendon Fraser and a beautiful, beautiful woman comes to mind. I didn’t know much about her except that she was apparently jaw-droppingly gorgeous and had racy rendezvous with men (Cue Julius Caesar and Marc Antony *ahem ahem*).

TL; DR version of what I’m going to say: Cleopatra won the game of thrones of her time.

Cleopatra was Macedonian, not Egyptian, which was news to me. She was a descendant of Ptolemy I. She was beloved by the Egyptian people as she’s the only Ptolemaic ruler to learn the Egyptian language. This must’ve automatically brought her closer to her subjects as she can directly interact with them and understand their concerns.

Cleopatra and her brother Ptolemy XIII established joint reign after their father Ptolemy XII died. Not surprisingly, a falling out ensued, and civil war began.

During this time, Roman statesman Pompey lost to Julius Caesar (Roman Dictator and Cleopatra’s soon-to-be *insert not-so appropriate emoji*) in war. As Pompey was a political ally of Ptolemy XII, he fled to Egypt for refuge. Unfortunately for him, Ptolemy XIII, on the advice of eunuchs, thought it wiser to stay on Caesar’s good books and had Pompey ambushed and killed before Caesar arrived. Caesar then attempted to make peace between the siblings. Still, Ptolemy XIII’s chief advisor Potheinos believed Caesar favored Cleopatra ergo Ptolemy XIII laid siege on Caesar and Cleopatra, which did not work. He was killed in the famous Battle of the Nile (47 BC). In the Ptolemaic Dynasty, women finally rose to become equal co-rulers with men and even challenging them to become their respective consorts. This was due to a progressive improvement of the already high status of women in Egyptian society.

This was the reason why Cleopatra had co-ruled Egypt with Ptolemy XIII in the first place, and now, when he is waging war against her, he has allied with their youngest sister Arsinoe IV of Egypt. While Ptolemy XIII died in battle, Arsinoe was punished by sending her away to exile to Ephesus for her role in the siege. Cleopatra and her brother Ptolemy XIV were then declared co-rulers, and Caesar maintained a private affair with Cleopatra, which produced a son (“Caesarion”). She even traveled to Rome and stayed in his villa for some time.

The Ides of March (15 March 44 BC) gave birth to a very powerful statement, “Et Tu, Brute?” The assassination of Julius Caesar, which, to date, is dramatized as one of the biggest instances of betrayal in history. During a meeting of the Senate at the Theatre of Pompey in Rome, Caesar was stabbed 23 times. At least 60 senators were party to the conspiracy, led by Marcus Brutus, Gaius Cassius, and Decimus Brutus.

Cleopatra soon ordered Ptolemy XIII assassinated and made her son Caesarion co-ruler. In response to Julius Caesar’s assassination, Marc Antony, Octavian, and Lepidus- all of them Roman statesman formed an alliance. They waged war against Brutus and Cassius (the forces of Caesar’s assassination). Cleopatra, understandably, sided with them.

The Greek writer and philosopher Plutarch wrote, “but she was going to visit Antony at the very time when women have the most brilliant beauty and are at the acme of intellectual power.”

After they met in Tarsos, Cleopatra had a torridly famous affair with Marc Antony. He soon became devoted to her and executed Arsinoe at her request and also became increasingly reliant on her for military funding. Donations of Alexandria declared their children Alexander Helios, Cleopatra Selene II, and Ptolemy Philadelphus rulers over various erstwhile territories under Antony’s triumviral authority.

This event, their marriage, and Antony’s divorce of Octavian’s sister Octavia Minor led to the Final War of the Roman Republic. Octavian engaged in a war of propaganda, forced Antony’s allies in the Roman Senate to flee Rome in 32 BC, and declared war on Cleopatra. In a very Romeo-and-Juliet’esque style Cleopatra orchestrated her fake suicide, which in some theories, was to lead Antony to follow soon as she had realized that all hope was lost. She soon was heartbroken as she was proven right and he died, as sources say, quite literally in her arms. She still didn’t lose hope and made attempts to negotiate with Octavian which was fruitless. Soon after realization of this fact, she snuck poison past Octavian’s guards(Other versions mention an asp- venomous snake commonly found in Egypt). There Cleopatra was found dead by Octavian’s attendees.

There has not been much documentation on Cleopatra from Egyptians, which seems pretty odd to me as she was beloved by her public. I don’t know how far the documentations of Romans can be trusted. Their view had a clear bias to it and just furthered the propaganda that Cleopatra was some sort of wily seductress who knew her charms and used men to gain power since the Republic was the only country printing books at the time, and Egyptian-Roman relations weren’t great.

She was certainly charming and beautiful, but she had a hell of a lot of skills to survive as a female ruler at that time. She is a pop culture icon now too. Cleopatra had an ear for languages — The Greek Philosopher Plutarch implies that she also spoke Ethiopian, the language of the “Troglodytes,” Hebrew (or Aramaic), Arabic, the Syrian language (perhaps Syriac), Median, and Parthian. She could apparently also speak Latin, although her Roman contemporaries would have preferred to speak with her in her native Koine Greek.” So it’s safe to say, she was a beautiful, charming woman and a hell of a lot more. Take that friend who won’t be named because I might get sued!

Read also:
A Casual Introduction To Learning About Poetry
The Workplace Dilemma For Women
The Illusion Of Powerful Women In The Fashion Industry

TERFs, SWERFs, And Transphobia: Oh My!

Don’t Become The Next Victim