Lilly Singh (also known as Superwoman on Youtube) is a prominent Canadian comedian of Punjabi descent. She creates videos on her youtube channel with relatable themes: friendships, relationships, and parent troubles, to name a few. But most notably, she rose to fame due to her parodies of stereotypical Indian parents unaccustomed to American life. These parodies are extremely popular among her South Asian viewers. Many young viewers relate to these common struggles Singh showcases, including racism and bicultural stress. Additionally, she is one of the most popular queer, South Asian, first-generation Canadian, female comedians of today – a highly notable achievement.

Ironically, Twitter has recently called Lilly Singh out for her own racism and anti-Blackness.

In April 2020, Singh posted a remake of the 2005 song Badman Forward, Badman Pull Up by Jamaican artist Ding Dong. She released this video to encourage women of all colors, shapes, sizes, orientations, abilities, and styles to be a “badgyall” and to “pull up.” In this short clip, she sings with a Jamaican accent, and Jamaican vernacular. “Badgyall,” for example, means “Bad Gall.”

The problem with this representation is that Singh is appropriating aspects of Caribbean culture for her own use. While Lilly Singh is a person of color, she is not Black or Caribbean. She does not know what it means to experience racism as a Black or Indigenous person of color. Singh can conveniently use aspects of Caribbean culture when it suits her. She can slip in and out of Blackness when convenient for her. She does not experience the racism this community faces embracing their culture in America. The video she created to empower women was fueled by anti-Blackness.

Cultural appropriation occurs when a privileged group co-opts aspects of a marginalized community’s culture usually for fame, money, or profit. Examples would include white people wearing traditional Native American clothing in an over-sexualized, culturally inappropriate manner. Culture becomes a costume that privileged people can put on and take off at their convenience. Society does not subject them to racism.

Lilly Singh has consistently been seen wearing cornrows as a “fashionable” hairstyle. One must not forget the violent history behind this hairstyle. Cornrows originated in Africa and the Caribbean. Firstly, their name indicates planting and labor. Slaves planting sugar cane wore these cane rows, and this became an intrinsic part of Black tradition. Now, in America, Black people face enormous discrimination for wearing this hairstyle. American society associates cornrows with the “inferior” Black culture. School Administrators ban this hairstyle for young Black children as it is seen as inappropriate. On the one hand, American society subjects Black women to enormous racism for wearing this hairstyle, which is such a big part of their culture. On the other hand, Singh can wear it as she pleases, for a fashion statement, and evade all racism.

AAVE or African American Vernacular English is a dialect of English with its own rules. Often in America, society views AAVE as “uncivilized.” While Black people face enormous discrimination for using their own vernacular, white people speak British English as an “acceptable” dialect. Schools discourage young Black children from using their dialect as it is too “unprofessional.” Instead, they encourage students to speak a more “sophisticated” British English. Additionally, Black people see this same discrimination in the workplace – companies view their dialect as too unprofessional. Thus, they must shed their own dialect and adopt British dialect.

Lilly Singh released the book How to Be a Bawse in 2017 and claims to have coined the term Bawse. In reality, bawse is part of AAVE, and Singh appropriated it for her own benefit. Black people have used this vernacular for generations. Societies, companies, schools, etc. have discriminated against this community for their vernacular. Yet, Lilly Singh conveniently appropriates it when suitable for her, claims the word as hers, profits off of it, fails to recognize the origins of the word, and evades all racism attached with AAVE.

Lack of allyship and performative action

In the words of Layla Saad, author of Me and White Supremacy, being an ally is not an identity. Being an ally requires constant work, incessant introspection, and willingness to change one’s attitude, actions, and behaviors. One cannot proclaim themself an ally. Marginalized communities must identify individuals as allies to their communities. Various communities have called out Lilly Singh for her problematic behavior. Even after the Black community called Singh out for her cultural appropriation after she released the “BadGyall” music video, she chooses to ignore the criticism and continued to co-opt Black culture for fame.

Furthermore, once the George Floyd protests began in early June of 2020, Singh posted a long paragraph on Instagram detailing the importance of standing up for Black people. In it, she calls on everyone to be allies to Black people. Yet she continues to ignore her own perpetration of racism. In this historical time period, where everyone began to reflect on anti-Blackness and white supremacy, she never addressed her own contributions to racism. She performatively posted cute posters on Instagram, failing to contribute to the actual anti-racist work that accompanies awareness.

Anti-Blackness to rise to fame

Lilly Singh may be an emblem of feminism and LGBTQ representation and a hero to the South Asian community. But she rose to fame out of anti-Blackness. She empowers women of all shapes, genders, sizes, orientations, etc. She is especially a role model for young queer South Asian girls who see more normalization of their identities in mainstream media. But she continues to appropriate Black and Caribbean culture when most appropriate for her. And worst of all, she never apologizes for her anti-Blackness.

AOC And Her Rise To The Forefront Of Politics 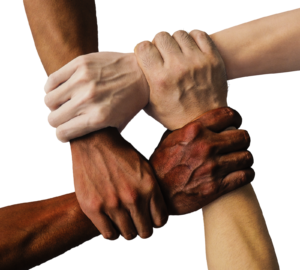