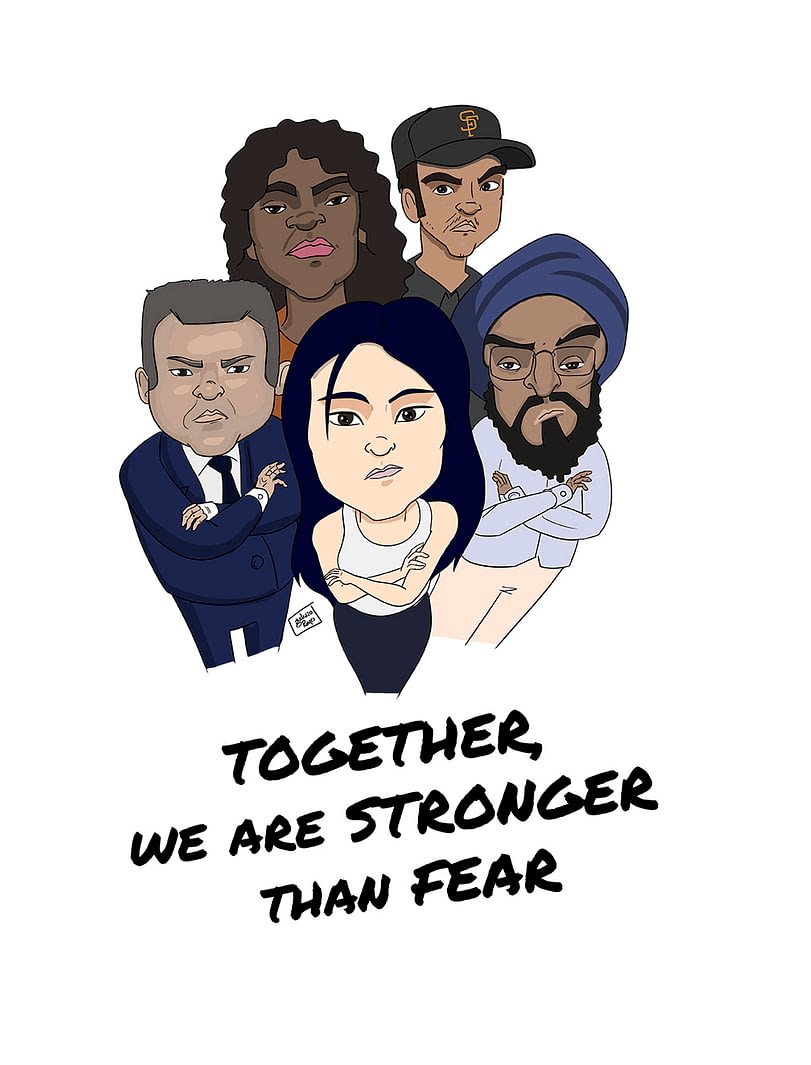 I watched Becoming, the Netflix special that follows Michelle Obama’s book tour, over the weekend, and I told one of my friends of South Asian descent that she should check it out because it would be something she would like. While she did like it, her first comment was, “It was great, but it focused only on the African American community, I wish it also included stories of brown people.”

I quickly replied and said that there was no reason for any narrative except the African American one because this is one that rarely gets the attention it deserves. I remember feeling uncomfortable about this comment and gently told my friend that South Asians are the model minority, whereas African Americans are not. I used examples of how Immigration Acts in the United States, and how there is discrimination towards minorities, the systemic racism towards the African American community has been prominent in American history since day one.

Moreover, by always pushing the South Asian narrative and saying that we need to be included in a space where African Americans are, we diminish the issue at hand. African Americans have been mistreated from the beginning, and yet have not been able to have their experiences validated. They have been painted like the ones in the wrong for years. It has taken multiple crimes against the black community before it has been recognized as a systemic crime against the African American community.

As a community, we need to realize that we do not have to fight the same fight to receive that space. The African American space should be its own space and not have to be shared because they have had to fight with tears and blood to even have their voices heard.

As South Asians living abroad, I will admit that we face discrimination, but in no way will it ever be comparable to the discrimination faced by the African American community. Moreover, for once, this is not an aspect South Asians need to compete on. We have our own space to speak about issues, and we are heard much quicker and given platforms without having to fight for them the way the black community has to. The model minority concept is the key difference in how we are treated.

There is an underlying notion that South Asians are complying with the white framework and have been able to incorporate themselves into a society that is controlled by the white man. While we lack representation in the media, as my friend said while watching Becoming, we still see our faces and our community gain prominent positions and freely voice their opinion about their oppression without facing major consequences.

I was so impressed to hear that the owner of Gandhi Mahal, an Indian restaurant in Minneapolis, said that his building should burn. Still, justice for the African American community needs to happen. We need to see this kind of support from the South Asian community because our silence in these matters is just as bad. Many businesses have released statements that the protests affecting the state of their businesses is not important, but rather, justice for the African American community is essential. We can always fix the establishments, but we will never get back those who died in these crimes.

As a child of South Asian immigrants, my parents were seen as the “progressive” ones. I wasn’t policed on who I should date or what race I should date, and our household always held debates on how justice and equality for all can be reached. However, we still acknowledged that we are not the minority that suffers the most. The systemic racism against African Americans has reached a boiling point, but it is nothing new. This is sadly not always the case, and many South Asian families have policed their children on not interacting with the Black community due to the stereotypes they have kept alive.

Some of these changes involved no longer wearing a turban or a hijab post this attack to not be associated with a crime that had nothing to do with their religion. However, we have received a platform in educating the white population about how we should not be clumped with these stereotypes. While there are still the singular racist incidents that the South Asian community faces, it will never compare to the racism faced by the African American community.

A great example would be how Trump really tried to attract the Hindu community during his election and showed his “appreciation” for the Hindu diaspora. This comes from the fact that South Asians have been portrayed in a light that showcases them as hardworking, law-abiding, and docile. The same kindness has not been extended to the Black community. They are judged since the day they’re born.

For a supposed model minority, we are not setting a great example. We are showing our black brothers and sisters that while we will profit off your culture, we will not extend a hand of support.

Given that we have a certain amount of privilege, we should use it to make sure that future generations are not failed the same way past generations were. The South Asian diaspora has the power to be a strong ally. In times like this, we need to check our privilege. We need to understand that a community is bleeding and has been bleeding for a long time.

Instead of trying to be included in the black space, we need to make room for them and make sure their voices are finally heard. We cannot hear their pleas after these horrid crimes happen. It’s time we call out those around us who have quickly turned a blind eye or are guilty of microaggressions. It can be something as simple as “omg I tanned so much I look like a black person.”

Not only does that feed into colorism, but it’s just downright wrong. Because it demeans their struggle, black women have lost job opportunities because of their looks. Black men have been deemed unprofessional regardless of their qualifications because of the way they look. Issues like that are why we need to show support. Not blackfish when it is convenient for us.

We need to realize that we can be a voice and give them the support they need. If minorities were able to get together and show strong alliances, the voices that have been screaming to be heard may not have to scream as hard. It will take us calling out our friends who say the n-word, friends who appropriate black culture to seem “cool,” and parents that keep having racist notions against a community for centuries.

The model minority needs to understand their privilege and, in times like this, use it to its maximum power to show solidarity. Instead of being included in the African American space, we need to create space for them. We need to realize that as a minority, we will not prosper knowing that a community bled, and we turned a blind eye.

It is not the time to center this narrative around our South Asians folks suffering but to empathize with those who have lost brothers, sisters, mothers, fathers, aunts, and uncles. We need to show support and constant support until these crimes no longer happen. Police brutality against the black community has gone on for too long, and it is high time as a community we show support to the black community.

Before I end this, our support should extend itself to demanding that African Americans have a seat at the table. Do not forget that the Immigration and Nationality Act of 1965 focused on only allowing immigrants that could really bring in monetary value to the United States of America. This allowed for South Asians to penetrate different parts of the job market, but it is time we demand the same for our African American colleagues.

Be an ally, be a supporter, and never be silent in this fight. Extend your hand and make sure that the support never ends. We need to show the black community that we are not going to turn out back on them ever again. We are going to be with them every step of the way and make sure that we do not rest until equality is truly achieved.

No More Damsels In Distress