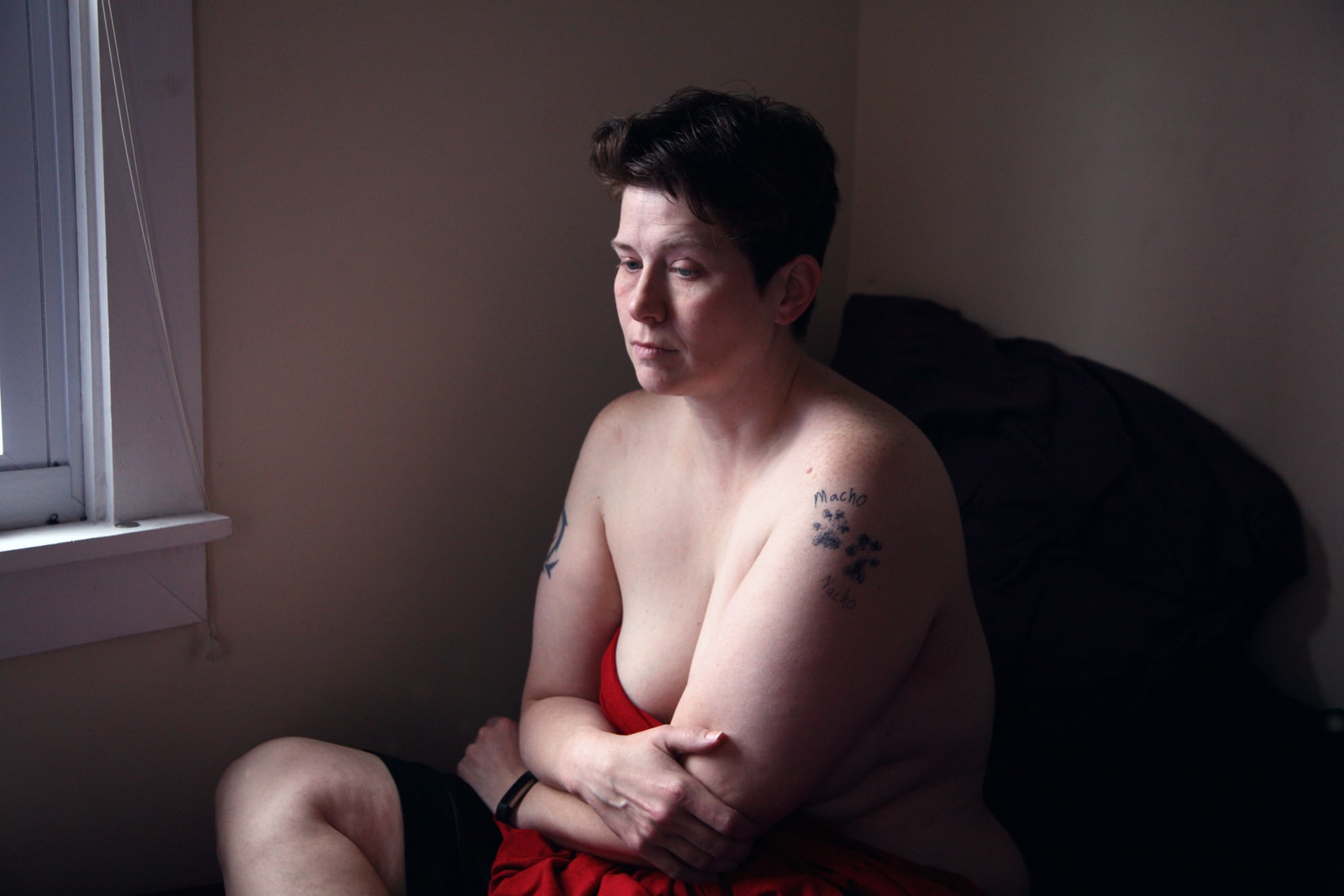 Transgender man "Shane" sitting in their window. These rollbacks would prevent people like Shane from receiving surgery or hormones.

Effective August 18, President Trump’s Department of Health and Human Services (HHS) decided to roll back Obama-era discrimination protections for transgender people. For many under the transgender umbrella, this decision is significant and terrifying. Today, I wish to explain to our allies, and others in the community, what exactly this rollback means, and why it is so important that we fight against it.

“After considering public comments, in this final rule, the Department revises its Section 1557 regulations, Title IX regulations, and specific regulations of the Centers for Medicare & Medicaid Services (“CMS”) as proposed, with minor and primarily technical corrections.” [1]

Essentially, HHS ruled to reform Section 1557 of the Patient Protection and Affordable Care Act which originally “prohibit[ed] discrimination on the basis of race, color, national origin, sex, age, or disability in certain health programs or activities” as well as the prohibition of discrimination on the basis of gender identity and termination of pregnancy on a nationwide basis. [2] This ruling, however, would take out the protections based on gender identity, and solely base it on the person’s biological sex. While biological sex is an important aspect of healthcare, as male and female bodies are biologically different, gender identity is equally as significant.

Why Is It important?

It is a Violation of Human Rights

First and foremost, healthcare is indeed a human right. As declared by the American Bar Association (ABA), the World Health Organization (WHO) and the United Nations (UN) among many other international organizations and countries around the world. Furthermore, according to the United Nations, under Article 12 of the Covenant on Economic, Social, and Cultural and Rights (CESCR), everyone has a right to “the enjoyment of the highest attainable standard of physical and mental health.”

“Health” in this context is understood as not just the right to be healthy and have health care, but as a right to control one’s own body, including reproduction and self-determination, which is what the transgender community is losing the right to do via this rollback.

20% Of Trans People Are Denied Healthcare Without The Rollback

A recent survey by the National Center for Transgender Equality and the National Gay and Lesbian Task Force found that 19% of trans and GNC people have been refused care outright because they were transgender or gender non-conforming. In a 2015 survey of transgender Americans, one in three reported harassment in a medical setting, and one in five reported denial of treatment altogether. In addition, the intersection of transphobia and racism means that Black, Indigenous and Latinx trans people are even more vulnerable to poor health outcomes, discrimination, and violence.

As a result, many (28%) of trans folks simply avoid seeking treatment for obvious and urgent health problems. The immediate effect is that many trans and GNC individuals are not getting care they need when they need it — a pattern that can contribute to chronic health issues in LGBTQ+ people down the line.

Therefore, the rollback of these protections would deny even more people within the LGBTQ+ community and further place them in poverty.

Protections Are NOT Universal

More than half of states do have LGBTQ nondiscrimination protections in place, covering some combination of housing, hiring, and public accommodations, which includes health care. If HHS does, in fact, reverse this rule, it wouldn’t preempt or change those state laws. But this is another reason why these provisions are so controversial: Because there is no federal law in place that prohibits discrimination against LGBTQ people, protections vary widely depending on where people live in the United States.

For example, according to the Sylvia Rivera Law Project transgender people in New York State have faced: plans denying medically necessary procedures because of administrative errors and non-medical policies that violate patients’ dignity and rights; plans developing and using criteria to determine a patient’s eligibility for gender affirming care based on outdated standards of care and not aligned with commonly accepted standards of care; nearly 100% initial denial rate for facial feminization surgery (FFS); and many plans continuing to use transphobic and outdated policies, plans with no policies about transgender care, or plans with policies based on offensive or outdated ideas of gender dysphoria that do not follow standards of care or New York law. Care is denied to transgender and gender non-conforming people but covered for cisgender (non-transgender) individuals.

So, finally, without these universal protections in place, transgender people are more likely to suffer from health-related complications, including but not limited to mental physical, financial complications and overall greater suffering.

What Can I Do?

Below are Links to Studies & Quick Infographics About Trans Healthcare in the United States.

Read Also:
Suppressed At The Polls: Why It’s Hard To Vote While Transgender
Trump Puts Trans Lives At Risk
Living Life As a Transgender Man: An Interview

‘The Power Of Microaggressions’