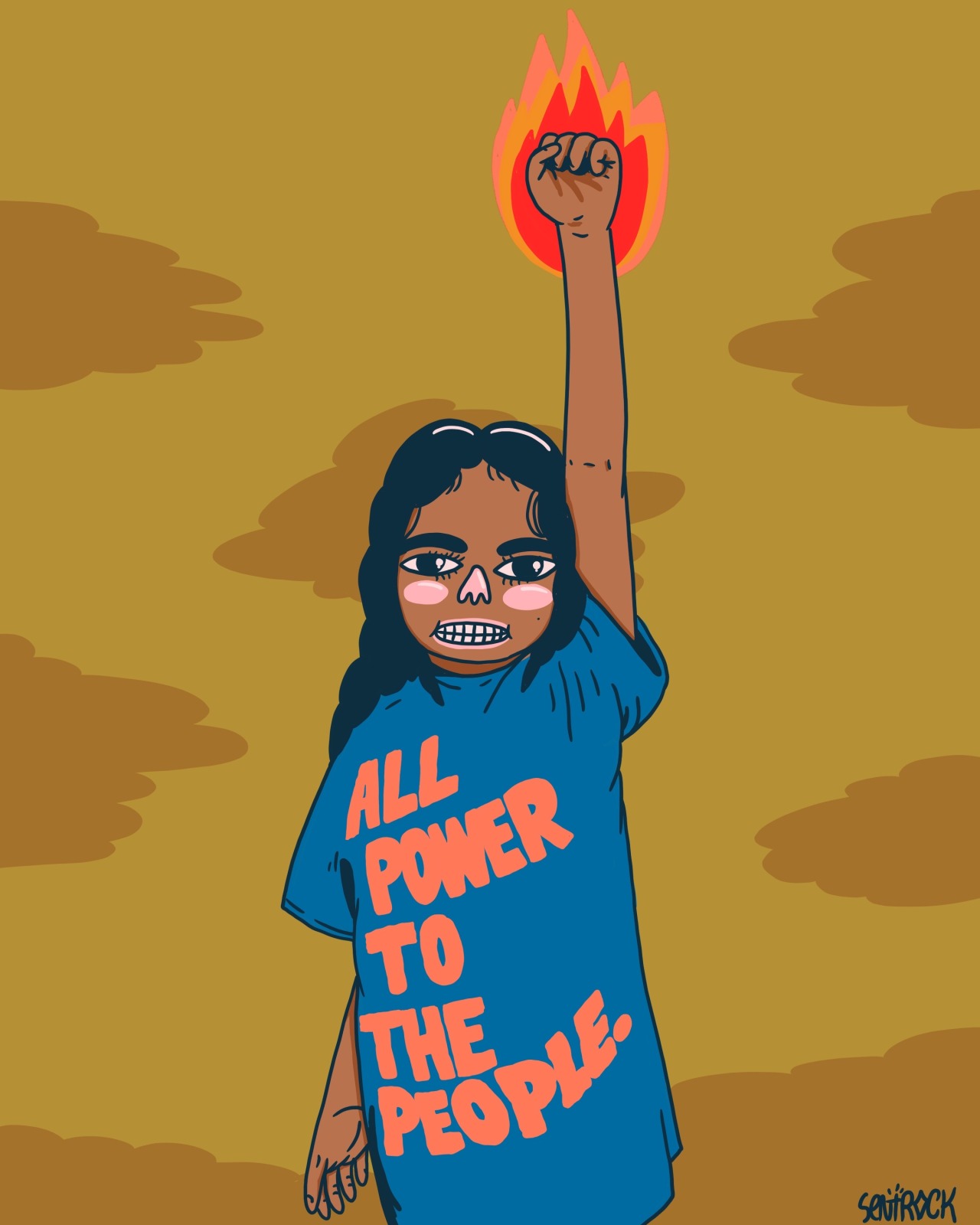 Considering the devastating news surrounding the murder of Vanessa Guillen, waves of non-Black Latinx/Hispanics have been quickly spreading “Hispanic Lives Matter” rhetoric. Instead of shedding light on issues surrounding the Hispanic/Latinx community, this rhetoric is specifically rooted in anti-BLM discourse. Despite the fact that BLM is not anti-White or anti-Hispanic, many non-Black Latinx continue to feel like BLM isn’t a big enough umbrella for specific issues. The lines between the in-group and out-group are drawn with these three simple words to create a phrase of exclusion and discrimination.

Though many non-Black Latinx probably think this statement is harmless, it coincides with the anti-BLM rhetoric that “All Lives Matter” supporters spew. See, the issue here is that people hear BLM and think, “well, that must mean they’re saying my life doesn’t matter.” On the contrary, BLM says, “my life matters as a Black person because historically speaking it never has.” BLM is a claim of value and a call for acknowledgment. When making arguments and claims against BLM, it is important to fully grasp and understand what the movement is about and what it stands for.

Consider the arguments “pro-life” and “pro-choice” for a moment. Have you ever wondered why these hegemonic claims have never led to any mutual understanding? These two claims are arguing completely different things. For there to be some sort of compromise or actual argument, the claims would have to be “anti-life” or “anti-choice.” Unfortunately, people can’t seem to understand that pro-choice isn’t anti-life because of the way the claims are framed. So, on what grounds can progress be made if the arguments aren’t even on the same playing field? Similarly, BLM isn’t stating that White lives or Hispanic lives don’t matter. On the other hand, All Lives Matter and Hispanic Lives Matter are clearly asserting that Black lives don’t matter. If Black lives did matter, then why would people be so opposed to the statement and movement?

Now that we can understand the difference between the claims being made, we can analyze “Hispanic Lives Matter” in depth. When Vanessa Guillen was murdered, Hispanics/Latinx were enraged. In fact, they were so enraged that they used this opportunity to promote “Hispanic Lives Matter” on digital platforms like Facebook. Meanwhile, when women are murdered and sexually assaulted in our very own communities, people are silent. When women are silenced in their Hispanic/Latinx households, no one bats an eye. Sexism is so internalized that women’s silence is equivalent to displays of femininity.

See, the funny thing about Hispanic Lives Matter is that it does not address the actual problems that Hispanic/Latinx communities continue to face. I’ll speak about the Mexican community in particular and from personal experiences. I hear my Mexican family members saying “Hispanic Lives Matter” when a Black man murdered Vanessa, but silent when my uncles tell their wives to tend to their needs.

I have witnessed some family members chanting “Hispanic Lives Matter” while they continue to buy produce and products from Hispanic/Latinx folk being exploited by agricultural companies. Now, I know I’m not the only one who has seen their family members unwillingness to give other Hispanic/Latinx folk money when they see them on the streets. Somehow along the road of struggle, many Hispanics/Latinx have decided that their struggle is singular. Along the way, helping “la raza” became a negotiable process. Don’t think for one second that “pulling yourself up by your bootstraps” doesn’t apply to Hispanic/Latinx ideals as well.

So I ask, to what degree do Hispanic lives matter? What sparked this dialogue? Was it because Hispanic/Latinx were tired of seeing the women in our cultures silenced, abused, and murdered? Or is this more about the fact that the man who murdered Vanessa was a Black man? Hispanic Lives Matter is rhetoric that wants to shine the light on Hispanic/Latinx issues while keeping the door shut on toxic masculinity, homophobia, sexism, classism, anti-blackness, and anti-indigeneity. Our community prides itself on working hard, but we also need to talk about the conversations that are shut down. As a Chicana, my life should matter if I am murdered and just as much when my life is dictated by machismo. This is not an exclusionary process, rather a complete acknowledgment of our issues as well.

Is “Hispanic Lives Matter”productive and inclusive?

While the Hispanic/Latinx community wants more discourse on anti-immigrant sentiment, exploitation, detainment, and deportation, we also must discuss the oppressive systems ingrained and internalized within our communities. While one might understand the frustration with not having these specific issues touched upon with the Black Lives Matter movement, Hispanic/Latinx must learn to empathize as well. The issues and struggles surrounding Hispanic/Latinx vary even within the communities themselves. It is important to distinguish the main struggles within every culture and try to dismantle oppressive systems.

At the same time, it’s important to do so in a productive fashion. Hispanic Lives Matter doesn’t ring productive for two main reasons. Reason number one, not every Latina/o identifies as Hispanic and vice versa. The two terms are not interchangeable and vary in representation. Hispanic is a term emphasized by the U.S. government to categorize and cluster Spanish speakers with disregard for ethnicity and race. Latino/a, on the other hand, is a term used to identify someone based on geographic location. While the two terms are questionable in representation, it seems that many Spanish speakers identify as Latinx as an all-encompassing term for similar cultures. Having a phrase like “Hispanic Lives Matter” is a poorly calculated attempt to become inclusive and encompass the non-Black Hispanic/Latinx struggle.

With the emergence of this phrase, it has become clear that many non-Black Latinx/Hispanics feel excluded from the initiatives BLM is pushing for. That isn’t to say that BLM is actually an exclusionary movement. From what can be seen, the main issues and struggles that BLM tries to fight for affect non-Black Latinx/Hispanic folk as well. Racism, colorism, police brutality, mass incarceration, sexism, homophobia, transphobia, and other oppressive systems impact Brown folks as well.

Shouldn’t we rejoice at the fact that BLM continues to gain public interest and pushed forward progress? Rather than creating a phrase and potential movement to spite Black people and the BLM movement, non-Black Latinx/Hispanics should be able to empathize and feel embraced within this movement. It’s time to focus less on who is “the face of the movement” and more on what practices will promote progress. Just because we all don’t struggle in the same ways, doesn’t mean our struggles aren’t being represented. The phrase Black lives matter isn’t the issue, rather the attempt to put oppression into hierarchies, is. Once we’ve exerted our efforts to create hierarchies of oppression, we will truly be able to combat injustice.

Read also:
Let’s Talk Reparations: Why Anti-Racist Consumerism Is Necessary For Black Lives Matter
What Does Hollywood Have Against Women?
Female Doctors Clap Back At A Ruthless Study On Their Bodies

Not All Body-Shaming Holds The Same Weight