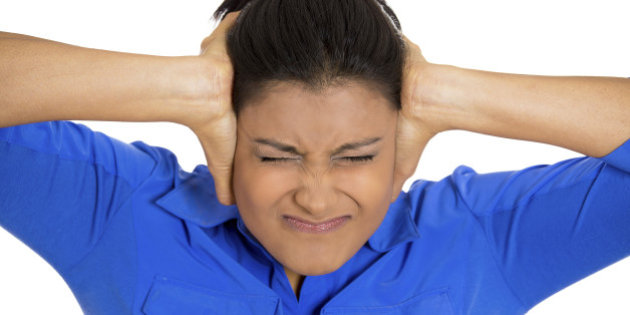 If there is one thing South Asian families are good at, it’s making snide, hurtful little barbs about sensitive topics like weight, ‘proper behavior,’ and why their daughters bring shame to them and the family. While these barbs are blatantly hurtful, I believe that ‘jokes’ fall under the same category. Why the air quotes? That’s because these ‘jokes’ aren’t so much jokes as they are subtly degrading insults.

The other day, my mother told me that even if I didn’t like a boy at first, he would likely grow on me after we lived together, basically implying some sort of arranged marriage. When I expressed how much the idea horrified me, she quickly said, “I’m just joking around, you’re too young to be thinking about that anyway.”

The problem with excusing these probing questions as jokes is that they are, in fact, not jokes at all. Sure, excusing them as jokes may seem like a good way to diffuse the situation, but in actuality, it just increases the tension. Joking about something like an arranged marriage or the horror of dating outside your religion makes light of a situation where there is no room to joke around. South Asian parents have the tendency to ‘joke’ about topics like this all the time, not realizing that they are basically telling their daughters that they’re not all that interested in working their way through difficult decisions. This, in turn, reveals their desire to evade any sort of sticky conversations into what their daughters may want in a partner.

Another time these ‘joke’ excuses are brought up often are when young women get angry or heated over a topic, as I often do when questioned about marriage. At some point in this marriage conversation, I brought up how important it was to me that any future partner I have is deeply interested in politics and having conversations about women’s rights; in response, my father said, “Oh, but that doesn’t matter as much as religion, right?” Immediately, when I started to get visibly upset, he quickly said, “I’m just joking.”

The thing is, I, as well as any other young woman who has heard this excuse, know very well that it is not a joke. It’s just a way to evade having a conversation with your daughter about aspects of a future partner that she might find important and leaves no room for possibly helpful discussion. Dismissing a young woman’s anger, passion, and obvious discomfort under the guise of a ‘joke’ is outright disrespectful and harmful, as it is an excuse that has been used for years and years to silence her.

Joking around about the possibility of arranging a marriage for your daughter is not humorous in anyway; in fact, it’s downright scary. It’s scary because there are many young women out there who have repeatedly expressed, quite vehemently, that an arranged marriage is something they absolutely do not want. It’s scary because when a young woman hears that, she hears her parents making light of something that is extremely serious and even, potentially, downright triggering to her. It’s scary because a young woman wants to be able to trust her parents and tell them things but instead has to worry about her parents meeting her future partners because they might not be ‘up to par’ with their expectations.

There’s absolutely nothing funny about joking about marriages, arranged marriages, and the partners that South Asian parents want their daughters to have. It makes young women feel inadequate and unheard and pressures them into picking a partner that falls below their expectations and above their parents’. To make light of and mock something that could very well decide a young woman’s future entirely can lead to serious cases, to deep-seeded anxiety and obsessive fear. So please, for the sake of daughters and young women everywhere, stop joking about it.

Tweet
Previous Article“We Are No Longer A Pageant But A Competition”Next ArticleBreast Ironing: The Sad Story Behind It

Vasudha Raju
Hi! I'm Vasudha; I'm an intersectional feminist and I care a lot about women's rights, especially in South Asia. I'm a junior in college, and I'm studying Psychology and Linguistics with the hopes of studying bilingualism in children.